Norwich & District CAMRA’s tasting panel have carefully deliberated over some of the finest bottled beers and have selected the very best of Norfolk. 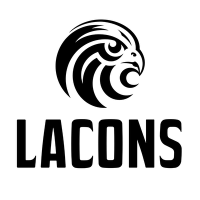 The overall Gold winner has now been revealed as Lacons Audit Ale, a dark copper barley wine bursting with marmalade, berry and spice aromas and flavours.

Brewed by the Great Yarmouth based Lacons Brewery, Audit Ale has been named the Champion Bottled Beer of Norfolk 2021.

The 8.0% strong barley wine stood out for judges who described it as having ‘Honey, marmalade and a sweet maltiness with a bitter edge’, and was given the accolade after a year-long series of tastings by members of the local Tasting Panel.

Lacons also scooped second place, for their Imperial Stout, inspired by stronger recipes from Lacons’ past, with mighty malt flavours; this beer was described by judges as ‘A kaleidoscope of malt, caramel and dried fruit with dark chocolate throughout.’

Overall third place was claimed by the new Birdhouse Brewery with their Mild. This is the first time this West Norfolk producer has featured in the awards – with one of the brewery’s original beers, a traditional mild, full of favour.

Panel chair Alan Edwards explained: ‘Real ale in a bottle has been the only way to enjoy the many quality Norfolk-brewed beers recently, due to pub closures and restrictions due to the Covid pandemic. It has also enabled many breweries to survive.’

Many of Norfolk’s 45 breweries produce Real Ale In a Bottle (RAIB). All were invited to enter the competition. Alan went on to add ‘The number of beers judged is only part of the rich portfolio available to Norfolk drinkers.

‘There are beers to suit all tastes, and we encourage ale-lovers to try them! CAMRA is part of the battle to preserve our rich pub and brewery heritage and we urge all appreciators to do their part in supporting local pubs and breweries.’

WHAT PUB?
WhatPub.com is CAMRA’s comprehensive online pub guide. It is free to members and non-members and is easily the most complete and up-to-date pub guide in the UK – giving information on local and national pubs; including updates on re-opening, facilities and special events and links to individual pubs’ social media and websites.

Posted by Adrian Hennessy at 20:18