The annual competition has been launched by CAMRA (The Campaign for Real Ale) to find the logo for the 42nd Norwich Beer Festival, taking place from Monday 21st October until Saturday 26th October 2019.

The competition has commenced early again this year as the Norwich & Norfolk branch will be hosting the Great British Beer Festival Winter (Tuesday 19th February until Saturday 23rd February 2019).  This will be the last time the branch host this event, as it moves to a different part of the country next year.  Visit winter.gbbf.org.uk for more information.


The deadline for 42nd Norwich Beer Festival logo entries is 9pm Monday 18th February 2019 and Norwich & Norfolk CAMRA are looking for innovative designs depicting a dragon of some form.

Craig Harmer, Festival Organiser, said: “Last year's entries included a wide variety of designs and styles, with many high quality logos.  We had 38 entries, and we're expecting more this year”.

As always, the essential element is that a dragon must be included within the design, although abstract is acceptable.  Also, a maximum of five solid colours (four is preferable) can be used, including any black or white parts of the design.

Entrants are asked to specify "Adult" or "Under-18" and include their name, contact details and age (if under-18) within the email.  Visit www.camra.org.uk/privacypolicy for our privacy policy.

Judging will by organised by the festival organisers and the winner will receive £100 along with a selection of merchandise featuring their logo at the festival.  There will be two runner-up prizes of complementary festival tickets, and the best under-18 entrant will receive a voucher.

All entries (and queries) must be emailed to logo@norwichbeerfestival.org.uk and be received before 9pm Monday 18th February 2019.  All email entries will be acknowledged.

The logo of the winner will be depicted on the festival glass, programme, and other merchandise.

All entries will become the property of the Norwich & Norfolk branch of the Campaign for Real Ale and may be used for display and publicity purposes.

An exciting mix of live music, featuring some of the most popular local bands, are ready to take to the stage for this year’s Great British Beer Festival Winter.

The line-up promises to get visiting music-lovers into the festival spirit!

Preparations are well under way now for the festival to open on the Tuesday 19th February, with a CAMRA members preview from 5.30pm, and will run from Tues 19th to Sat 23rd February.

The winter beer festival takes place in the medieval halls, known as St Andrew’s and Blackfriars’ Halls and is organised by the local branch of CAMRA who also organise the ever-popular Norwich Beer Festival.

There is also a Fringe Festival taking place in Norwich pubs throughout February.  For more information about the festival and the Fringe visit winter.gbbf.org.uk.

A music-free session is on Wednesday and on the busy weekend nights, visitors can still enjoy a quiet conversation in the marquee, cloisters and Blackfriars’ Hall. 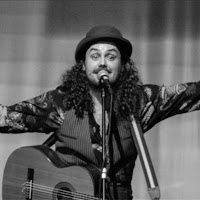 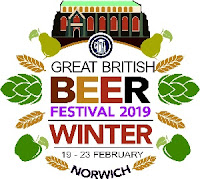 Not to be confused with a festival for winter beers alone, this has beers of every style and shade, served in cask, KeyKeg and bottle - from dark to ruby brown and golden ales, plus world beers and real ciders.

2019 will be the last chance to catch the festival in Norwich.  After, the national event moves to a different CAMRA location, as the festival moves location every three years.

The festival runs from 19th-23rd February 2019 at St Andrew's and Blackfriars' stunning medieval friary halls, opening with a preview evening for CAMRA members only.

Martin Ward, organiser, commented: ‘2019 is the final chance to catch the February festival in the historic city of Norwich.’

Local pubs will also be getting involved in The Fringe which runs for the whole of February, with organised crawls and treasure trails, special events, competitions, featured brewers, all in the heart of Norwich. Visit winter.gbbf.org.uk for details.

The event has been likened to CAMRA’s national summer festival in London Olympia as ‘like it, but cosier!’.

There is also hot food and snacks served all day and live music most evenings.

As always at the event, the Champion Winter Beer of Britain competition will be judged.  Local and national brewers will compete in each category and the winners and overall winner will be announced at the opening evening.  Competition ales, including winners, can be sampled by visitors in Blackfriars' Hall.

The chosen charity is the Benjamin Foundation and visitors are invited to donate cash and unspent tokens using the glasses stand box and collection pots.

Entrance is cash-only on the door but is free to CAMRA members and is open from midday all day Wednesday to Saturday.

Pre-event ticket packages, including beer tokens and souvenir glasses, can be secured.  For ticket packages or more information on the Festival and February Fringe visit winter.gbbfw.org.uk.
Posted by Norwich CAMRA at 10:16