Branch Pub of The Year Announcements

Members of the Norwich & Norfolk branch of CAMRA (Campaign for Real Ale) have selected The Kings Head (Magdalen Street, Norwich) as their 2017 City Pub of the Year and also the Branch’s overall Pub of the Year. 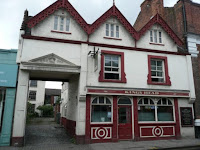 Landlords Stephen and Lesley George took over the pub in 2013 and the couple are also owners of the Humpty Dumpty Brewery, based in Reedham.

Stephen said: "We are delighted the King’s Head has been named Norwich & Norfolk CAMRA branch pub of the year for the third time.

"The King’s Head is a special place – a showcase for Norfolk’s many microbreweries, wonderful regulars who are keen to try the ever-changing range of beers in a historic pub setting in the middle of Norwich’s antique and vintage shopping area.  It’s a place where people engage in the old art of conversation.

"The award reflects the hard work and passion of Alison, Charlie and the whole team, who are all about serving up great real ales in a lovely old pub. We couldn’t be more proud."

The Manager of the Kings Head, Alison White also commented that she is delighted to hear of the news.

The Norfolk & Norfolk CAMRA 2017 Rural Pub of the Year has also been announced and has been won by The Star Inn in Lessingham. 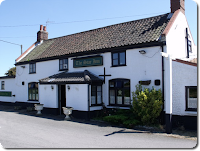 Mr. Yaxley said: "Sue and I are absolutely thrilled that we have won this award.  Firstly, we would like to say a huge thank you to the many CAMRA members who voted for us.  Secondly, a massive thank you to our lovely loyal customers who have supported us throughout the years.

"And thirdly, to our staff, thank you for all your hard work - team work really does pay off.  Thank you again everyone, we truly are overwhelmed!"

The Norwich & Norfolk CAMRA Branch have also awarded the 2017 Cider Pub of the Year, won for the sixth time by The White Lion, Oak Street, Norwich. 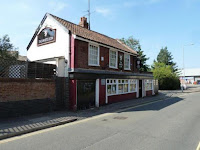 Alex Waters, landlord of the pub which is run by Individual Pubs, the trading arm of Milton Brewery, said: "We are delighted to win this award again which demonstrates our commitment to providing a range of quality local and traditional ciders for our customers".

The White Lion now goes up against other Norfolk winners to find the overall Norfolk Cider Pub of the Year.

The runner up for the City Pub of the Year and the overall Pub of the Year 2017 has been won by the Fat Cat Brewery Tap, another real ale pub very popular with CAMRA members and is owned by Colin Keatley and managed by Mark and Laura White.

The Norwich & Norfolk Pub of the Year is chosen from the winners of the Branch’s Rural and City Pubs of the Year.  The Kings Head pub now goes into a head-to-head in the next round with the West Norfolk and Mid Anglia’s winning pubs, if that pub is in South Norfolk, with the victor progressing to the Norfolk round and then on to the Regional – East Anglian - level of the competition – before entering the Super Regional finals and then the National stage of the competition.

The same rounds of the competition also apply to the Cider Pub of the Year, so the White Lion in Norwich will progress to the next stages.

Voting for the Pub of the Year awards was completed using a dedicated online scoring, allowing more members to vote than when voting was completed at branch meetings.  The voting uses the same scoring categories as the subsequent rounds of the competition to make sure our winner has the best chance of chance of progressing further.

Ian Stamp, the Norwich and Norfolk Branch Chairman, said: "Congratulations to the Kings Head on winning this year's Norwich City Pub and Branch Pub of the Year against very stiff competition!

"Stephen and Lesley, Ali and Charlie can be justly proud of the pub and the quality and range of beer they serve, which is obviously much appreciated by CAMRA members and all their regulars.

Ian continued: "The Kings Head is all about beer and conversation, as is the Star at Lessingham, where Mick and Sue took an isolated country pub and made it into the success it is today by concentrating on quality beer and a friendly welcome - congratulations to them on winning the Branch Rural Pub of the Year!

"Also our congratulations to Alex of the White Lion for winning the Cider Pub of the Year once again."

The winners will be presented with their award certificates at the respective pubs in the near future.

National Winter Ales Festival - ‘Like GBBF in London, but cosier’

Norwich enjoyed a week of celebrations as Norwich & Norfolk CAMRA teamed up with Norwich pubs to create a week of special events, including special real ales, food, festival events and music.

This was organised to coincide with celebrations at CAMRA’s National Winter Ales Festival (NWAF) at the St Andrew's and Blackfriars' medieval friary halls in Norwich – the home of the popular Norwich CAMRA Beer Festival.

The festival ran from 21st to 25th February, with the Fringe running a little longer, but for those who missed the partying, the festival promises to return in February 2018!

The national winter festival will run in Norwich for three consecutive years – 2017-2019 - and offers a range of winter ales, as well as golden ales more usually associated with a summer festival, ciders and foreign beers.

Rob Whitmore, beer festival organiser, has announced the dates for next year’s revelry as Tuesday 20th February until Saturday 24th February for the festival which will be returning to The Halls, Norwich.

Rob commented: "as we close NWAF 2017 - to our sponsors and programme designers, our wonderful fringe festival pubs, our suppliers and concession holders and our volunteers - not forgetting our hosts here at The Halls in Norwich and the bands that have performed here this week, a massive thank you!

"We have delivered a festival that will last in people's minds as the first National Winter Ales Festival in the fine city of Norwich.  To our visitors we hope you enjoyed your time here this last week at our pop up pub!

The Norwich festival also hosted the finals of the CAMRA Winter Beer of Britain and crowned Old Freddy Walker the Champion – a  7.3% old ale brewed by Moor Brewery from Bristol.

Justin Hawke from Moor Beer Company, is a Californian who moved to the UK and bought a brewery after falling in love with beer while on military service in Germany. He says: "We are absolutely thrilled to win the Champion Winter Beer of Britain award for the second time. Old Freddy Walker is a unique blend of a classic British beer combined with our own style of modern real ale.

"It's fantastic that this style is consistently recognised by CAMRA and others around the world."

The Norwich Festival also attracted visitors from around the globe, including a party of 12 from Denmark visiting the winter festival from the Danish Beer Enthusiasts.

One of the party members, Christian Scheffel, commented: "I certainly had a good time.  The beer selection was the main thing for me. I came for the porters, old ales and barley wines.

"The staff were fun and friendly and we had some good chats, and ran into a few of them in the pubs after hours. The venue was very nice, with high ceilings and, as always, a good pub-like atmosphere, like GBBF but cosier." (GBBF is the CAMRA Great British Beer Festival, held in London each year, and is the only other national ales festival hosted by CAMRA).

The Festival also raised money for its chosen charity ‘It’s On The Ball’ and Rebecca Bushell from the charity commented: "We'd like to add our heartfelt thanks to CAMRA for inviting us to be their chosen charity for NWAF. We thoroughly enjoyed it and feel very touched by the support we received from the staff, volunteers and those who attended.

"Thanks to all who spoke to us, who bought our merchandise and made a donation. The funds raised will help us to continue the awareness work we are doing and will also help local testicular cancer patients too."
Posted by Norwich CAMRA at 10:49

CAMRA is hosting an evening of awards and celebration on Saturday 25th March at Epic Studios in Norwich and is inviting brewers and CAMRA members.

Ticket holders will be given a pint of award-winning ale, and will be served a quality buffet at their tables.  After the dinner, the bar will be open until late and those wishing to continue the celebrations will be invited to local hostelries along with their CAMRA hosts, to party into the night.

The annual event attracts breweries and CAMRA members from all over the country.  The event started in 2016 with over 100 guests and proved so popular it has moved to a larger venue at Epic Studios.

The event starts at 7.30pm, with the bar opening from 6.30pm, and promises to be a great social evening for local brewers and ale-lovers alike.

The evening of celebration will host the Norfolk Beer of the Year Awards and winners will be announced at the dinner.  These awards include best bottled and cask beers by Norfolk breweries in 8 style categories.

A number of the award-winning beers will be available on the evening.  Tickets for the awards night are £15 per head, or £140 for a table of ten guests and can be purchased by brewers, CAMRA members and their guests at https://www.ticketsource.co.uk/date/333265.

This year the Norwich Beer Festival will be celebrating its 40th anniversary and there will be a number of special features and events planned for this year.  The 40th Norwich beer festival will take place from Monday 23th October until Saturday 28th October 2017 at St Andrew’s and Blackfriars’ Halls, Norwich.

The Norwich & Norfolk branch of CAMRA (Campaign for Real Ale) is hosting The National Winter Ales Festival, also at the medieval friary halls, each February for three consecutive years from 2017 to 2019.

This year the February festival collected £3,726 for their chosen charity, ‘It’s On The Ball’.  Rebecca Bushell from the charity commented: "We'd like to add our heartfelt thanks to CAMRA for inviting us to be their chosen charity for NWAF. We thoroughly enjoyed it and feel very touched by the support we received from the staff, volunteers and those who attended.

"Thanks to all who spoke to us, who bought our merchandise and made donations. The funds raised will help us to continue the awareness work we are doing and will also help local testicular cancer patients too."