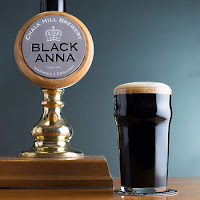 Norfolk’s cask beers have come under careful scrutiny by the Norwich and Norfolk CAMRA’s tasting panel whilst they battle it out to be awarded the 2019 top cask beer.

82 Norfolk Beers were sampled by the panel and judged in categories with overall winners found across all categories and winners first announced at the Branch Annual General Meeting on 21 March.

The overall Gold winner has now been revealed as Chalk Hill’s ‘Black Anna’ – named after the nickname given to Antoinette Hannent – a Norwich jazz singer of Italian descent and licensee of The Jolly Butchers 1947-1976, following her husband’s death in 1947.

Anna was particularly well-loved for her consideration to the gay community, in the days when the law was stacked against them and the pub became a magnet for visiting celebrities and jazz fans keen to hear Black Anna’s unique jazz voice.

The winning Black Anna has a complex, booming sweet-roasty character with echoes of caramel, coffee and chestnut, with a smooth finish.

Overall Bronze is awarded to Grain’s Lignum Vitae, solidly orangey and hoppy with imposing oily character and a definite marmalade with an enlivening bittersweet finish. 2019 is the eleventh year in a row Grain Brewery have won an award.

Taste Panel Chair, Alan Edwards, said: ‘Chalk Hill Black Anna is a worthy winner, combining a quality stout with a commemoration of a notable Norwich character. All the winning beers are a testimony to the quality of real ales that can be produced and served in Norfolk. The nine award winning breweries have brewed beers that have impressed the judges with their variety and balance of flavours.’

‘Though we have a healthy number of breweries in Norfolk, it is not always easy to try their beers. Many are micro brewers with their beers limited to a small number of outlets around the brewery. Despite this, the panel endeavours to taste as many beers as possible. We are always looking for CAMRA members to join the panel and add a new dimension to their beer drinking.’

To apply to be a member of the Tasting Panel you must be impartial and an existing CAMRA member.  To apply please contact Alan Edwards, Chair of the Panel, or the Branch Chair, Ian Stamp – contact details can be found on the branch website.  Training will be given to new members.

Alan added: ‘We will continue to search out beers from all the Norfolk breweries, currently an impressive 43, giving each the opportunity to win local CAMRA awards and promote their amazing breweries.’

GOLDEN ALE
GOLD – Grain, Alburgh - Threeonesix – with strong citrus notes throughout of angerine, lemon and lime, with a solid hoppy base and well-balanced bitter finish.

Norwich & Norfolk CAMRA’s tasting panel have drank and deliberated over 53 Norfolk beers to find the best bottled brew of 2019.

Beers were judged in categories with overall winners found across all categories. 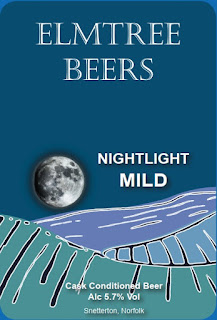 The overall Gold winner has now been unveiled as Elmtree Brewery’s Nightlight Mild – a ruby-coloured sweet, spicy brew with hints of crème brule, rich and complex with a soft liquorice aftertaste.

Overall Bronze is awarded to Lacons’ Audit Ale – also the overall winner of the CAMRA Champion Winter Beer of Britain 2019.  Honey coloured, with lemon aromas, a rich bittersweet flavour with malty marmalade base, with a satisfying caramel and spicy finish.

The 2019 competition covered beers from 12 Norfolk Breweries with Elmtree Brewery winning Gold in 6 out of 10 categories.  New winners in the bottled competition are All Day and Peoples Breweries.

Taste Panel Chair, Alan Edwards, said: “Real Ale in a Bottle (RAIB) is the next best thing to tasting cask ale in a pub. Norfolk breweries have made great strides in quality over the last few years. The judges were impressed by the depth and variety of flavours found in the beers.

“Competition was intense in all categories with the scoring being close throughout. It is also pleasing that the winning breweries are spread throughout Norfolk.  Many of the beers are imaginatively named with stories behind them. We look forward to the next round of tastings!”

Alan added: “There are now more ales brewed and bottled specifically for Christmas. We are now considering adding a ‘Christmas Ale’ category for 2020.”