On Wednesday 3rd October, Graham Freeman, Chairman of the Norwich & Norfolk Branch of CAMRA, presented prizes of a barrel of local real ale to the three winning pubs in the summer "UK Capital of Ale Survey" prize draw: the Champion on Chapelfield Road, the White Horse in Trowse and the Cottage on Silver Road.

And, to celebrate Cask Ale Week, which ran from September 28th - October 7th, and to show the massive effects of high beer tax on pub prices, all three publicans agreed to sell the prize beer at the price it would be if UK tax was cut to European levels.

Tax and VAT add over a £1 to the price of every pint and CAMRA believe that thousands of jobs could be saved in the hospitality trade if both were reduced. 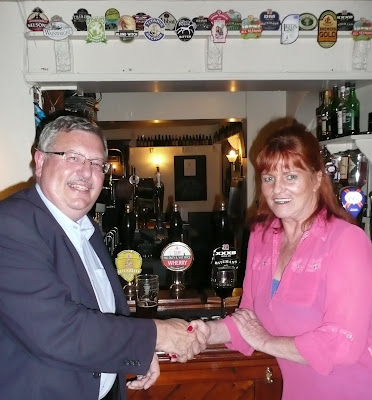 The presentation evening started at the Champion pub, where the prize cask was Woodforde’s Wherry was £2.00 a pint, and Chairman Graham Freeman met the pub’s new landlady Annie Golding (picture above).

Later at the White Horse in Trowse, Graham met landlord Andy Colman (pictured below) where their prize was Grain Brewery’s Oak which was on sale at £2.30 per pint. 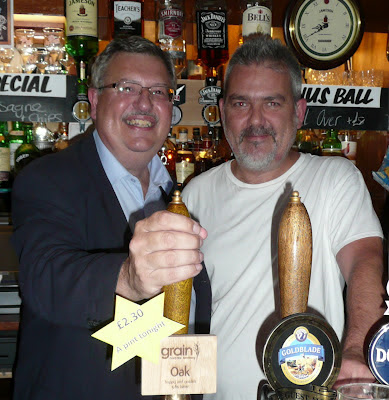 And finally at the Cottage on Silver Road, Graham joined landlady Sally Mann behind the bar (pictured below) where a pint of Norwich Bear Brewing’s Pooh Bear was being sold at £2.00.

Sally said that, unsurprisingly, the £2 pint was so popular that the cask had nearly run out by the time that ‘Time at the bar’ was called. 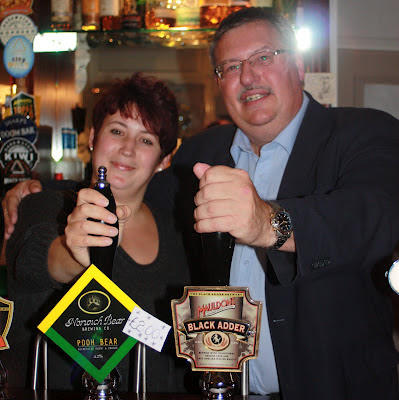